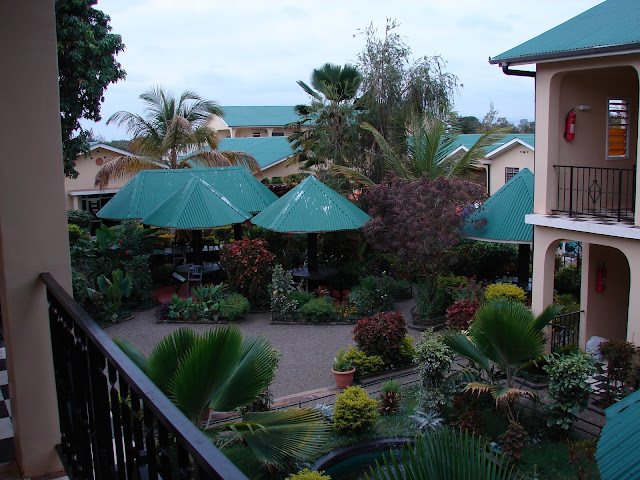 
Arrived at Kilimanjaro Airport at 10 pm and realized that my large climbing bag was still in Amsterdam. I was told it would be brought to the hotel tomorrow. Good thing I came one day early. I had to hire a taxi for the 50 kilometer drive because the bus left without me. Not a great way to start my first overseas trip in my life. lol I got to the hotel at 12:30 am. The hotel was beautiful but no air conditioning and electricity cuts off at 6am, so no fan after that. I got up the next day and met other climbers at lunch. People from Germany, Australia, New Zealand, the Netherland, England and every other country imaginable. Also talked with a group who had just been on Kilimanjaro. Some made it, some did not. I was told about 30% make it to summit. Some companies boast a 90% success ration but the guides say that never happens. You just don't know how altitude will affect you.
Email ThisBlogThis!Share to TwitterShare to FacebookShare to Pinterest