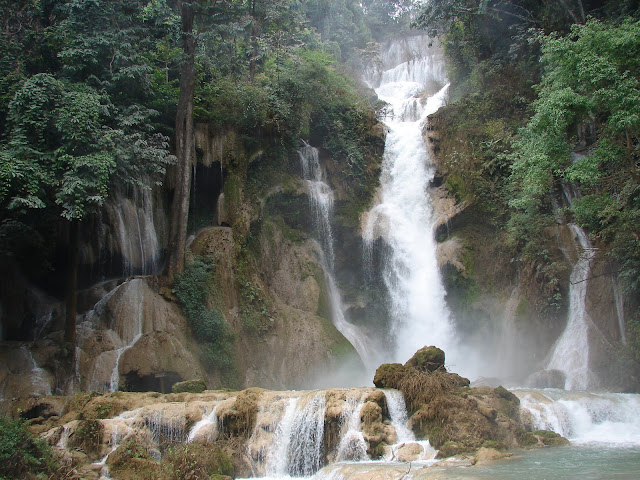 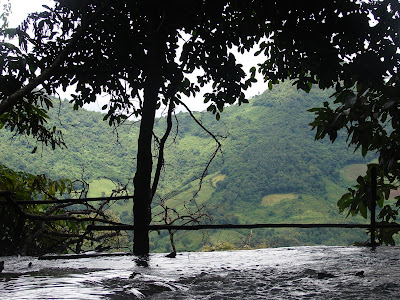 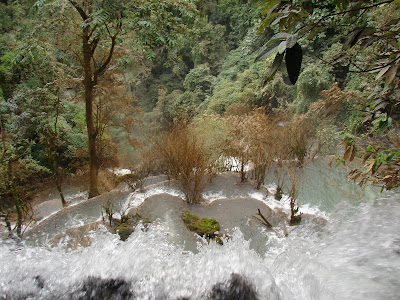 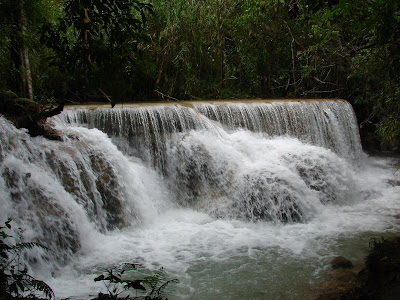 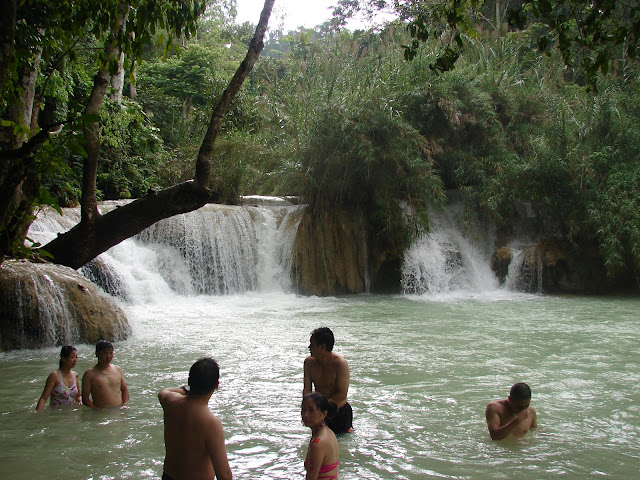 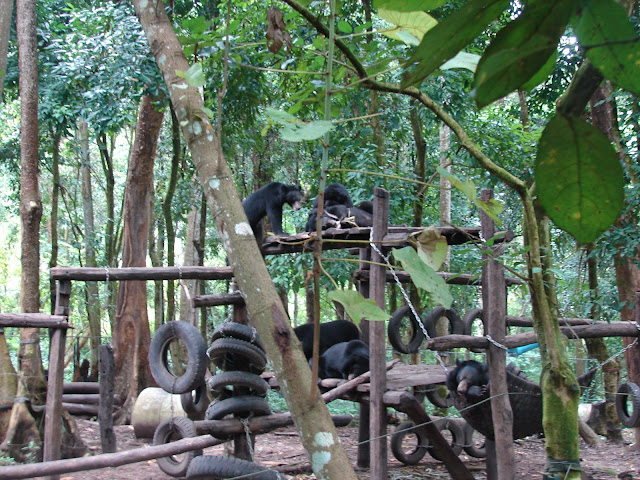 Today, a group of English, one from Norway and myself went in a tuk tuk about 24 km to the Kuang Si Waterfall. It was a blast. Very high and beautiful waterfall. We climbed to the top of the waterfall and waded out to the edge and took pictures. The 2nd picture is the top of the waterfall and the 3rd was taken leaning over the edge. Then we went downstream and went swimming which included jumping out of a tree into the falls. Afterwards I was sitting next to a couple and they looked American so I asked where they were from and he said Alabama. I was in shock. To run into an American is almost unheard of and for them to be from one of LSU's biggest rivals is another.We both briefly mentioned our upcoming game and then decided to drop it. There were also a lot of small Asian bears that were in several enclosures near the waterfall.
Email ThisBlogThis!Share to TwitterShare to FacebookShare to Pinterest