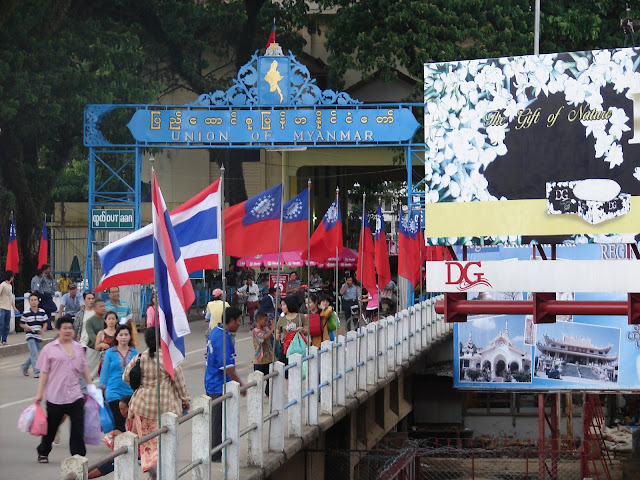 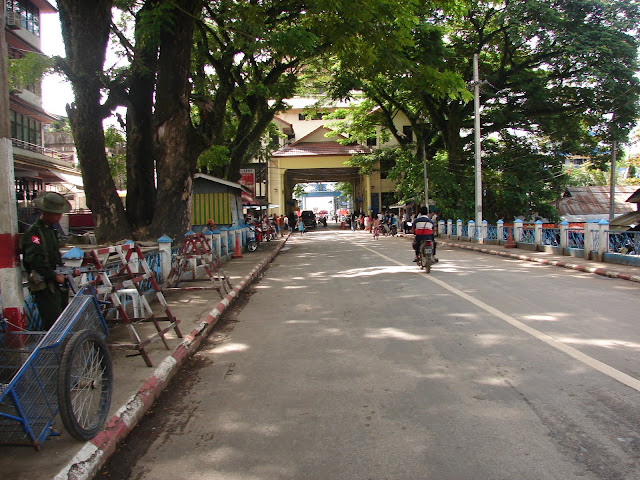 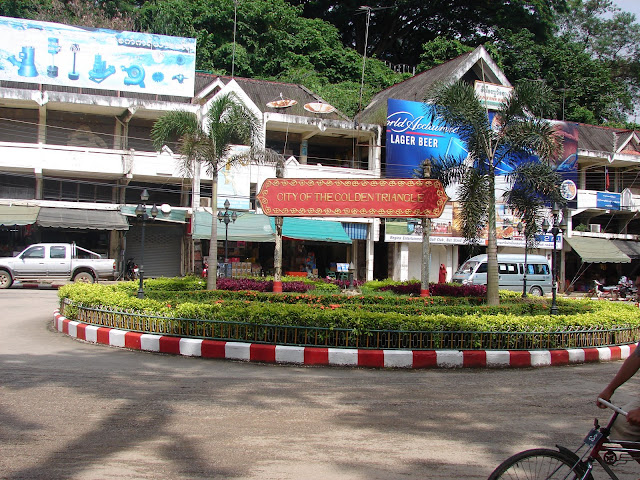 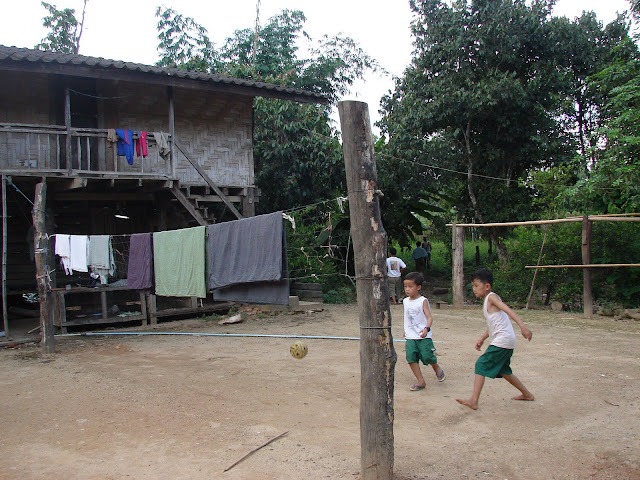 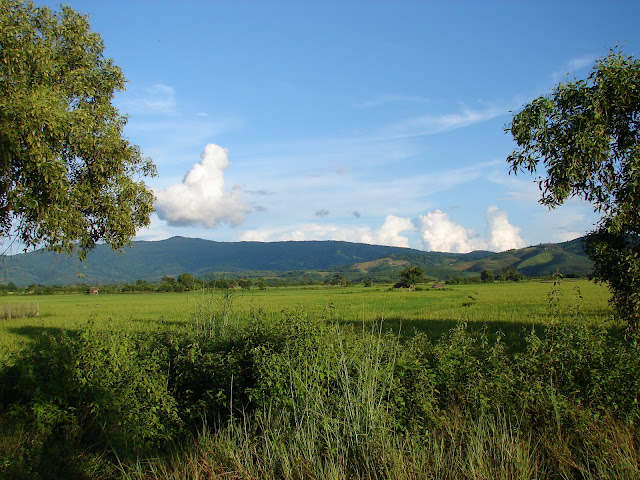 I went to the border. What a hassle. I had to provide them with 3 pictures of myself and let them keep my passport. They issued a temporary passport and tried to get me to just see the border town of Tachilek and then return to Thailand. When I told them I wanted to go to Bagan they said no. They issued a 14 day visa but there were only 2 towns I could visit with 150 miles. So I went to Chaing Tong. The immigration office marked my temporary visa with the location and then sold me a bus ticket to that location. I had to give the bus driver my papers which he kept until we arrived. I was given seat No. 2 behind the bus driver. The next bus my seat was also No. 2. Starting to see a pattern. That must be the tourist seat.

Upon arrival at Chaing Kong, I tried to get a room at what seemed reasonably priced hotels. At each place I was told they were full when I am pretty sure they weren't. Then I found a hotel after a few recommendations that seemed empty but nice. It is now my belief these are government (military dictatorship) owned hotels just for tourists. The room was $20 a night which is outrageous but there were no other options. Plus the hotels refused to take Myanamar money and only wanted US currency. How bizarre. I was able to go out at night, eat in the local market and have a beer with some local men who were watching what looked like karoake on television and drinking whiskey. The women singing were wearing skirts about knee length but the camera kept zooming in on the legs and ankles and the men would laugh and holler. I guess it was kinda like Myanamar porn. lol

The next morning I decided to go back to Thailand based on my limited ability to travel. When I went to check out they did not have my temporary visa. With almost no English spoken here they finally went to Immigration to get my papers which had been sent there. Don't know why. They asked me where I wanted to go next and marked it again on my papers and drove me to the bus station. They waited while I bought a ticket. 4 roadblocks and 5 hrs later I was at the Thai border at 5:15 pm which closes at 5:30. I cleared Myanamar, got my passport and head to Thailand immigration. As I got to the window I realized I did not complete my departure card. I did that and looked up and the window was closed. Not sure what happens when you are on the bridge between countries and both are closed especially when both sides have men with automatic weapons watching the crossings.

A man saw me and radioed someone who opened up and let me through. Finally back in Thailand.
Email ThisBlogThis!Share to TwitterShare to FacebookShare to Pinterest