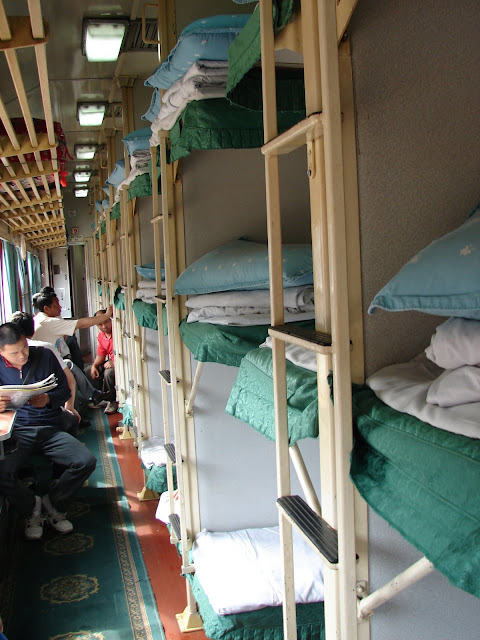 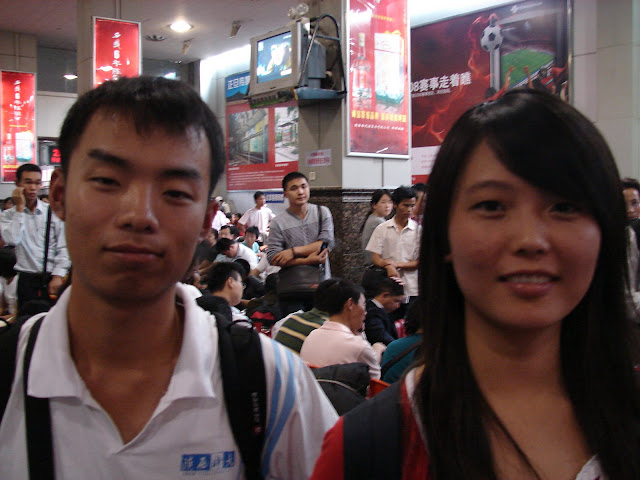 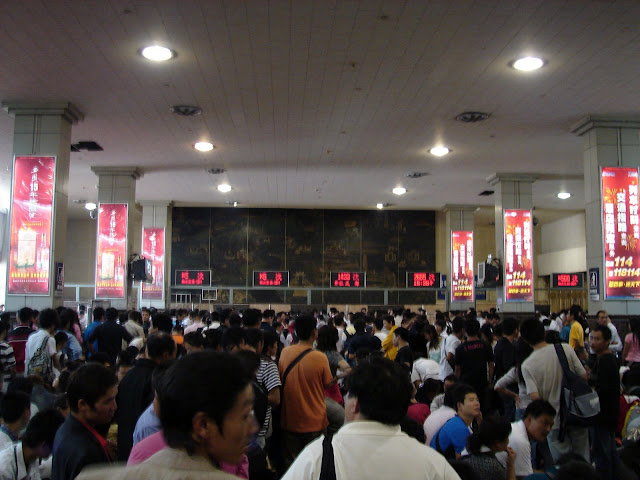 This was to be my first experience overnight on the train in a hard sleeper car. The three alternatives that you have when traveling on the train are soft sleeper, hard sleeper and hard seat. My trip from Beijing to Xi'an for 11 hrs (9pm til 8am) was a hard seat. Fell asleep once and fell into the aisle much to the amusement of the Chinese on the train. Don't do this for more than 6 hrs.

I had an idea what the hard sleeper would be like. 10 compartments in the car with six beds in each compartment. The compartments have no doors so that everyone walking down the hall can see each person. I was fortunate enough to have gotten a bottom bunk as nobody wants a top bunk, climbing in and out with the ceiling staring at you all the time.

When I got to my bunk, across from me were two elderly Chinese (of course) gentlemen talking and eating fruit. I quickly realized that one of these men was going to have to climb up to the 2nd or 3rd bunk. So I offered my bottom bunk for their 2nd level bunk, mostly by pointing and gestures. He was very appreciative. Though it would have been interesting to see how well he did climbing up into that bunk. Probably would have done better than I did for the next 16 hrs. Hoping Karma will remember this.

The couple in the picture at the train station were university students going home on the National Holiday. They both spoke pretty good English and were eager to practice. Being that the train was 1 hr 40 minutes late we had plenty of time for practice.

The hard sleeper is exactly as it sounds. Kinda reminds me of a metal ironing board with that thin pad covering it. But I saved an extra $12 by not getting the soft sleeper. As all backpackers know, the more money saved, the more you can travel.