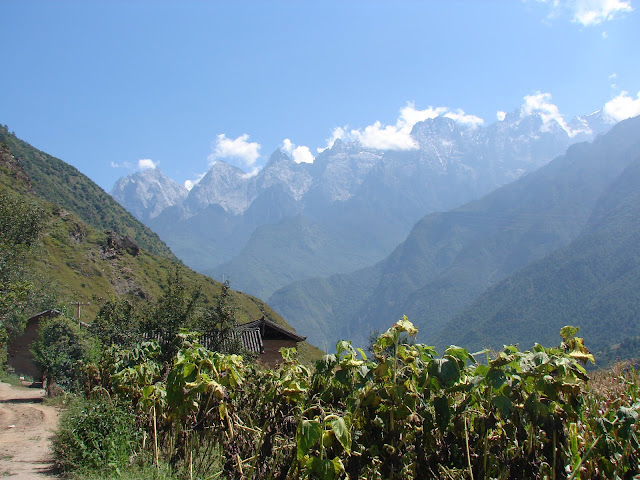 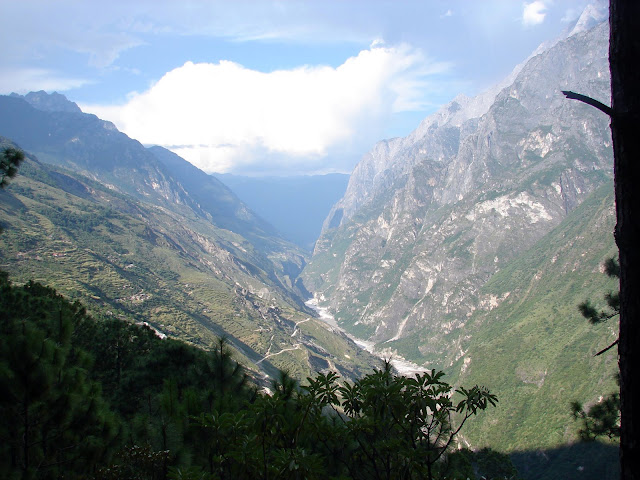 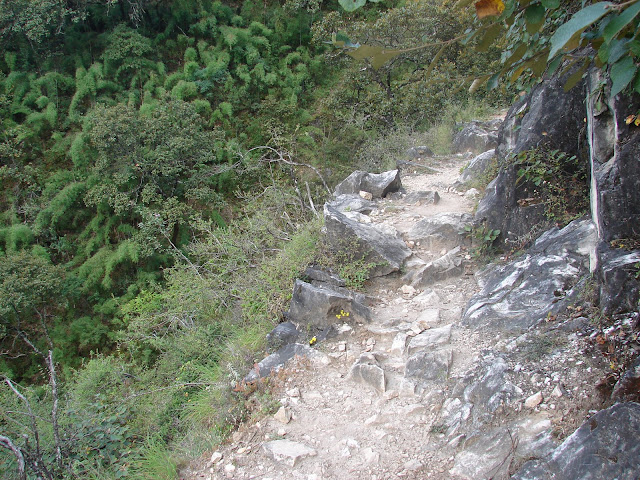 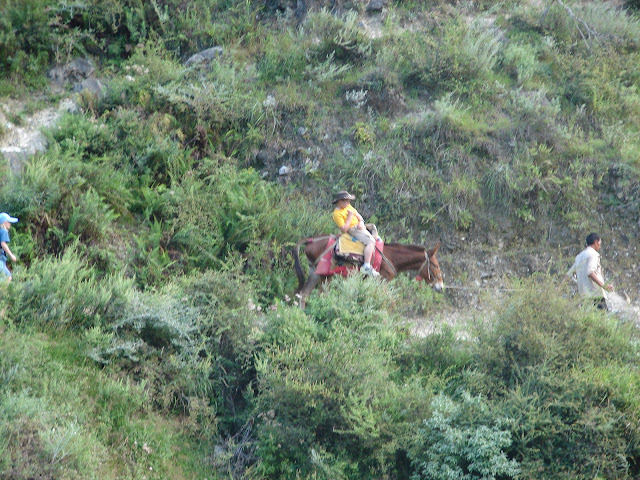 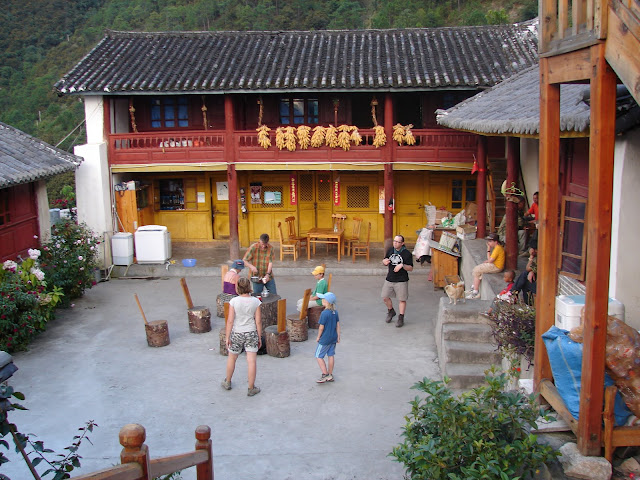 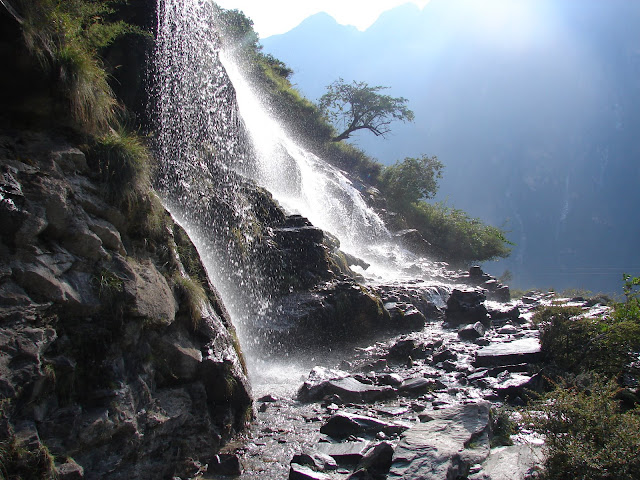 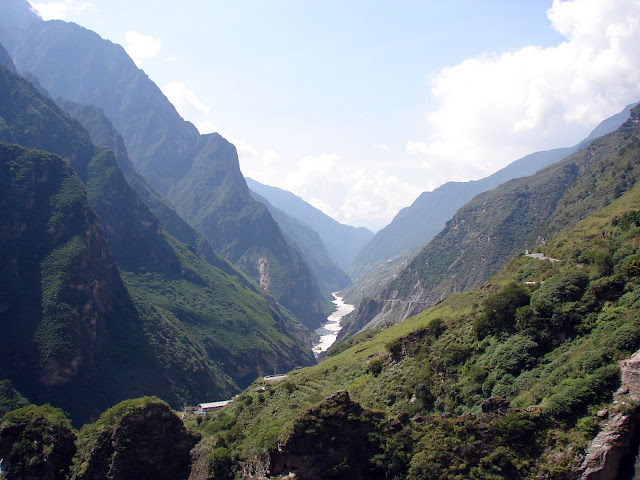 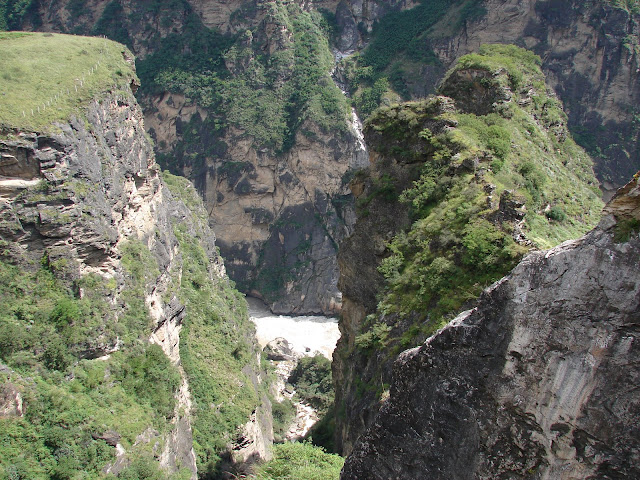 I caught the first bus to Quiatou (chow toe) which is the beginning of the trek. I arrived at noon and headed out for the 5-6 hr uphill trek which ascends over 900 meters. It was very hot and I soon began to realize that I had not been in the mountains since last November .Many tourist were riding horses with guides up the mountain. A local with a horse kept following me up the mountain asking every five minutes if I wanted to ride the horse. He just knew I would not make it but I disappointed him. Most of the trip lies along a narrow ridge which follows the river giving great views of the gorge. The path is narrow enough that you do not dare lose your concentration. There are no guardrails along the path. I spent the night at the Tea Hoyse (yes that is how they spelled tea house). I woke up early the next morning and left before it began getting too hot. The second days trek was mostly downhill and involved walking under one waterfall. The scenery was truly spectacular.