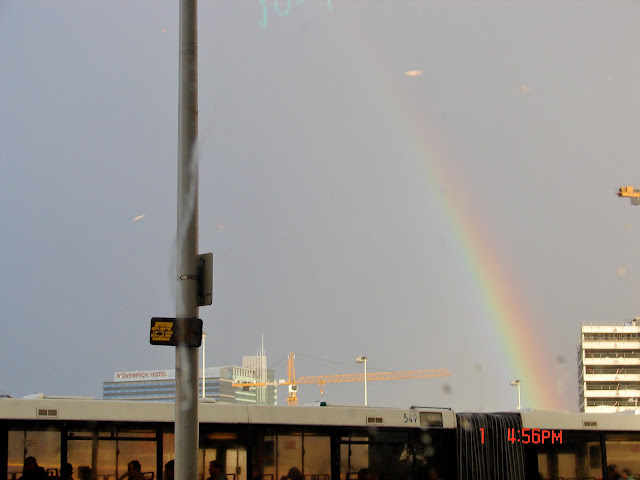 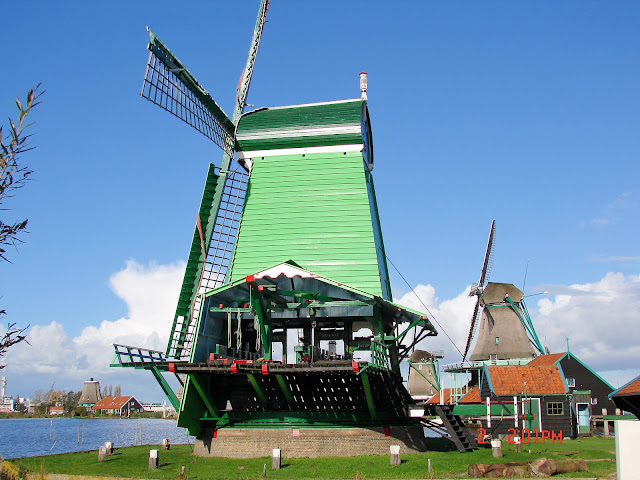 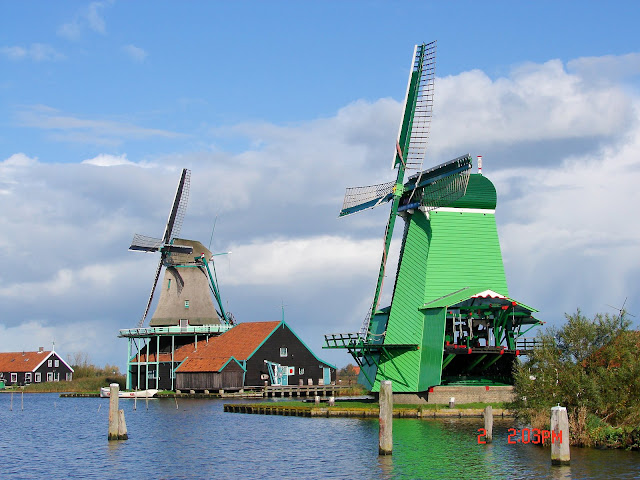 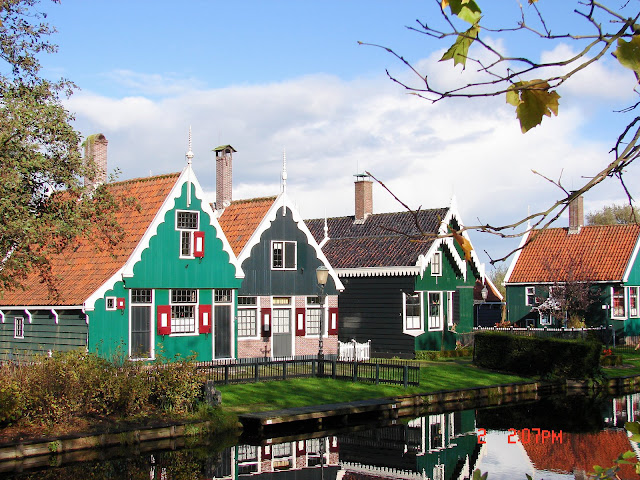 I caught the local bus and went to a small village outside Amsterdam which is known for their windmills. A bus tour would have been 28 euros but the local bus only cost me 7 euros round trip. I also walked to the Red Light District during the day. Later that day there was a hail storm and 50 mph winds. Not great weather especially since almost everyone rides a bike to work in Amsterdam. The wind was blowing people off their bikes much to the amusement of us seeking refuge in the local bar.
Norwegian saying
"No such thing as bad weather, only bad clothing."
No comments:
Email ThisBlogThis!Share to TwitterShare to FacebookShare to Pinterest 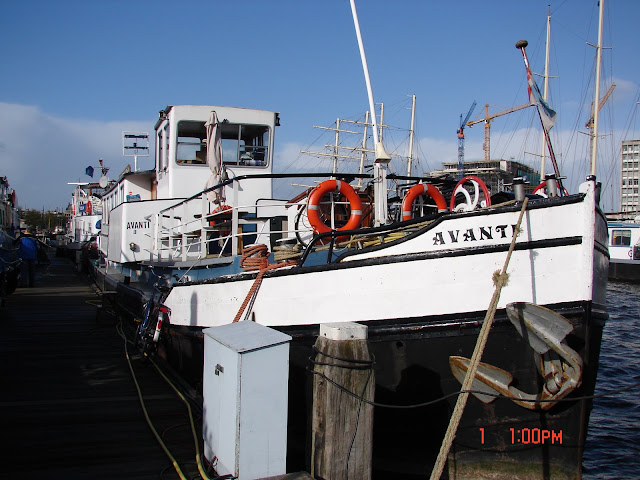 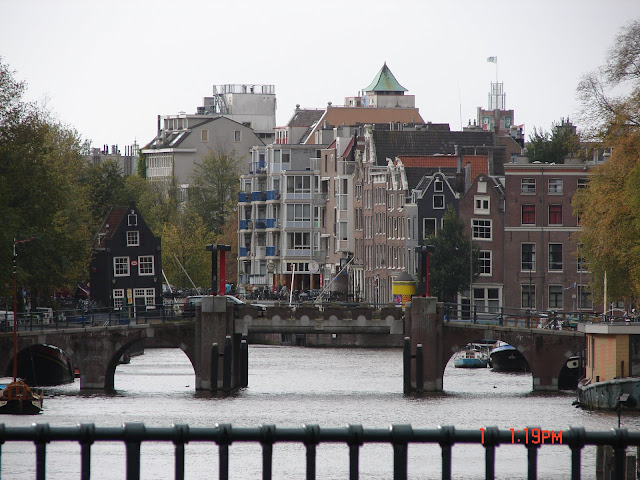 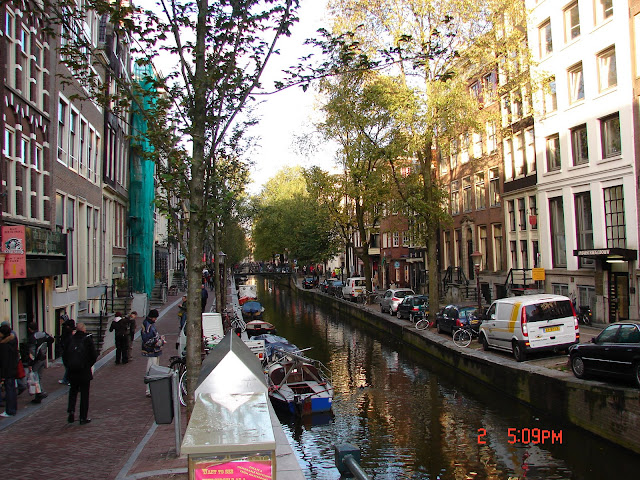 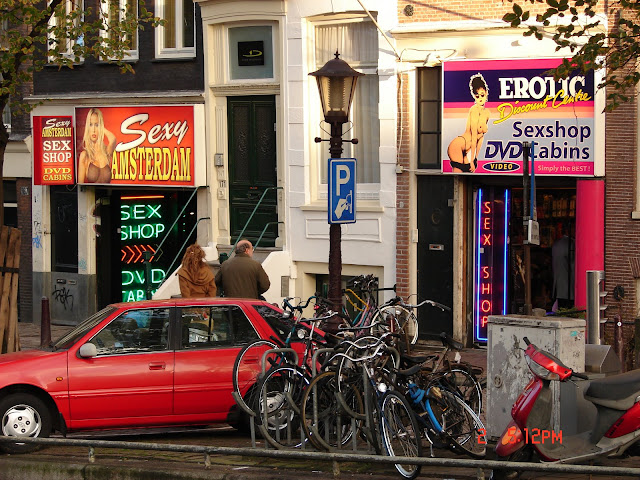 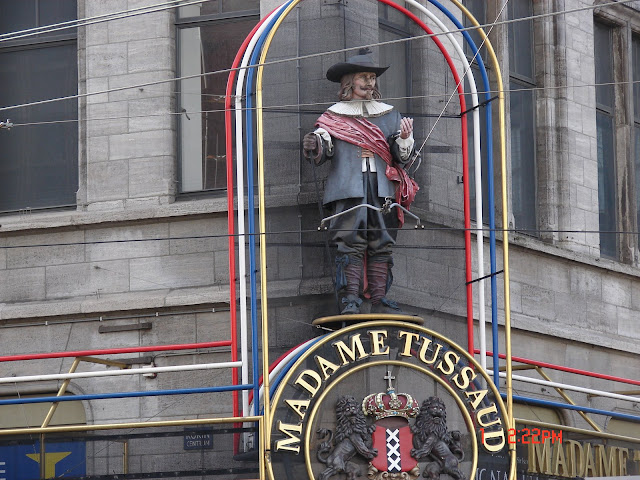 
I moved from the Hotel Verdi to the Ship Avanti. Bunk beds on the ship located in the canals but much closer to downtown and the canals. I walked around the Red Light District later that night. You must really be careful taking pictures in the Red Light District because plain clothes policemen will appear from nowhere if you try to take pictures of the ladies in the windows. I also stopped in a "cafe" as a curiosity but did not partake since that is just not my thing.
No comments:
Email ThisBlogThis!Share to TwitterShare to FacebookShare to Pinterest
Newer Posts Older Posts Home
Subscribe to: Posts (Atom)