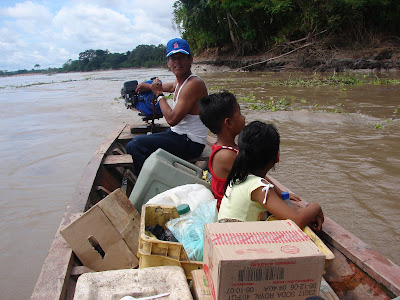 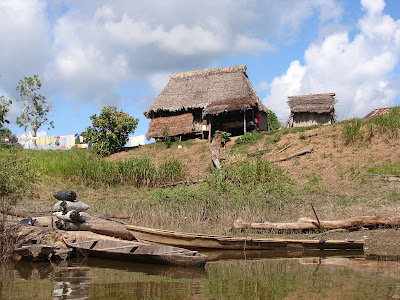 Saturday June 9, 2007
We took a canoe and went down a tributary of the Amazon River to our camp site. We passed several houses that belonged to friends of my guide. While traveling down the river my guide filled up my empty coke bottle with river water and drank it. He showed me the water and it was perfectly clear. The guide said the Amazon was the cleanest river in the world and was just dark due to the soil on the top which has not settled yet. We passed balsa wood that had been cut and tied together to float down the river at a later date. Hard to believe that as remote as were were there was still some logging going on. 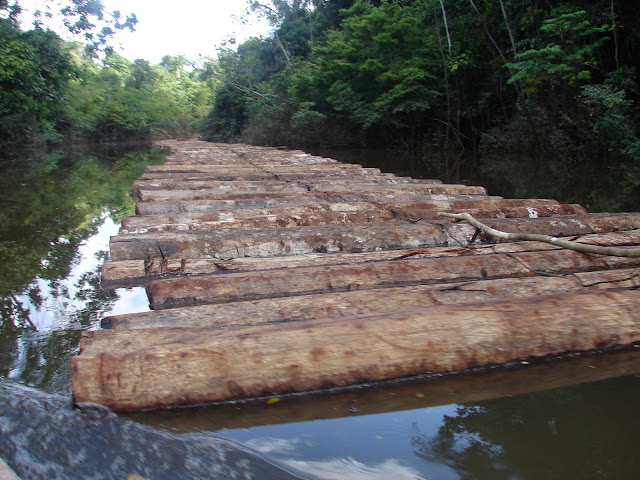 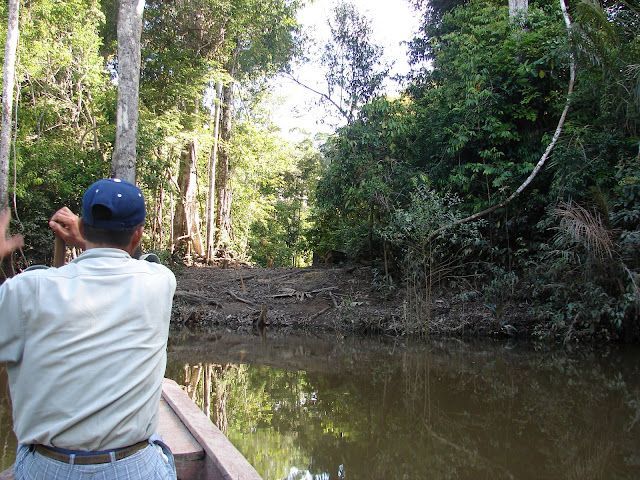 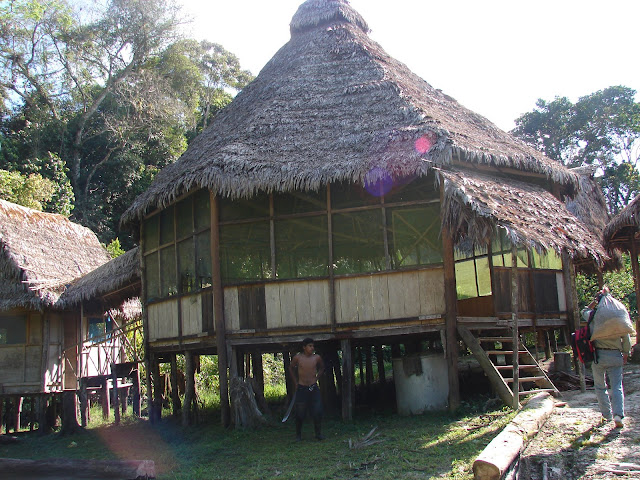 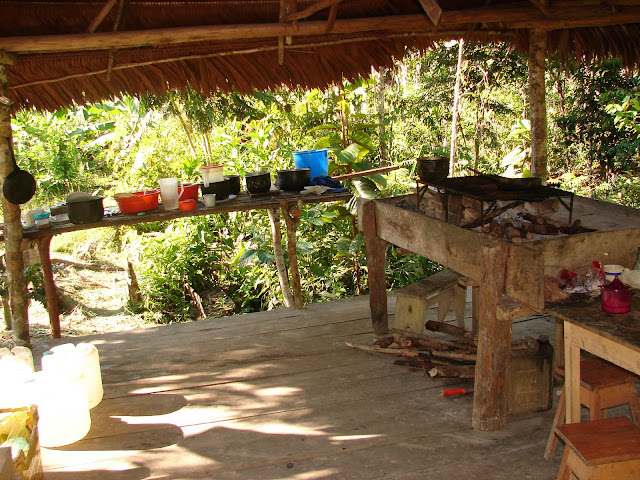 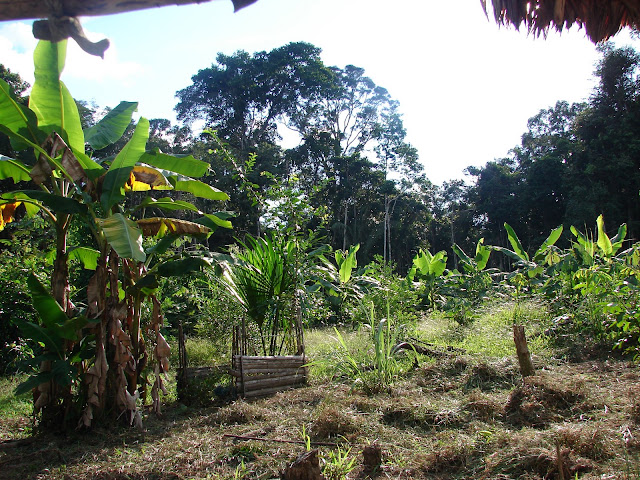