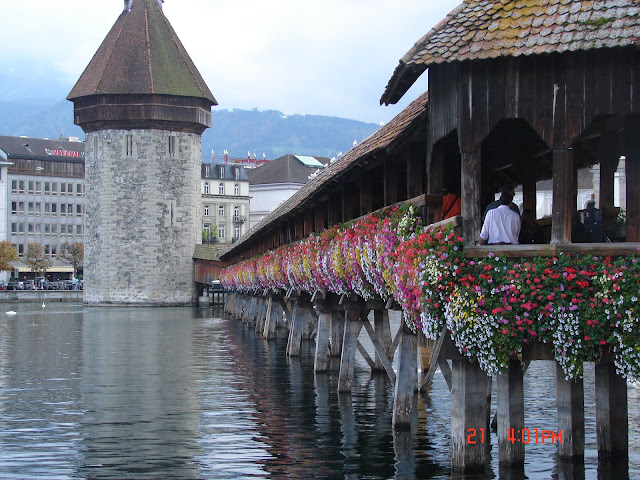 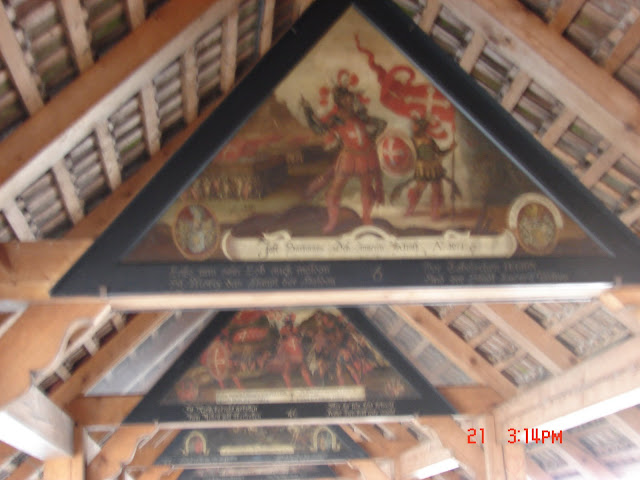 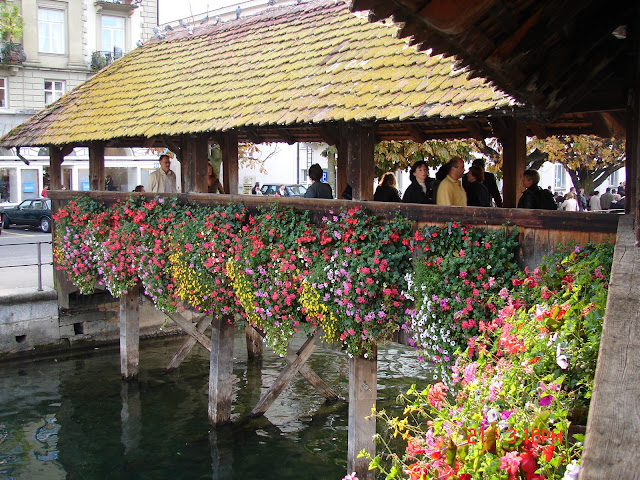 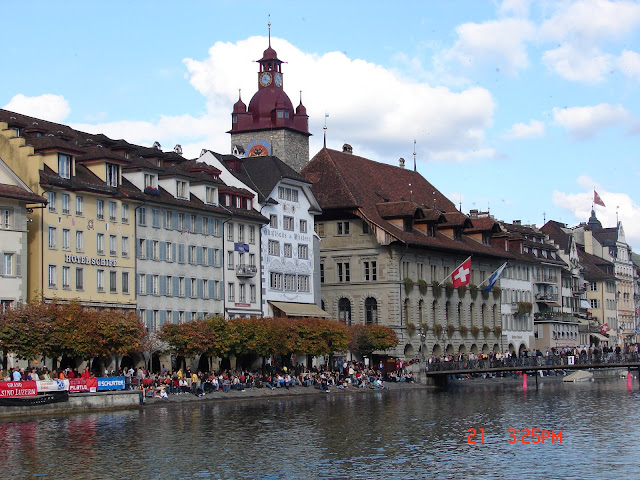 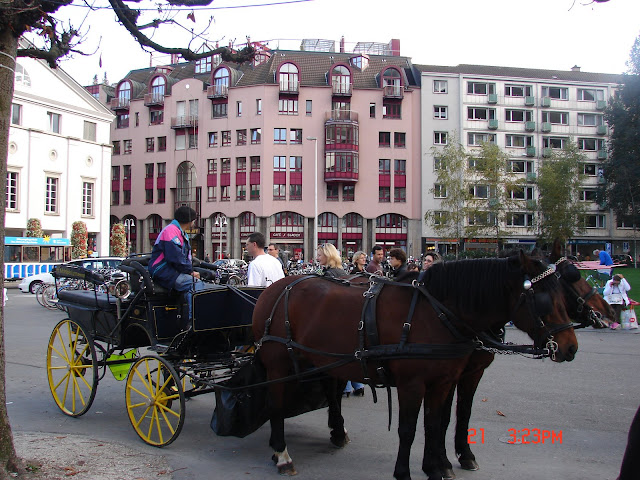 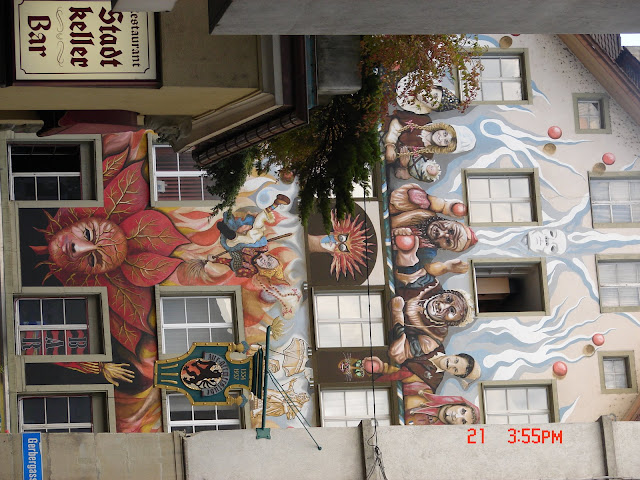 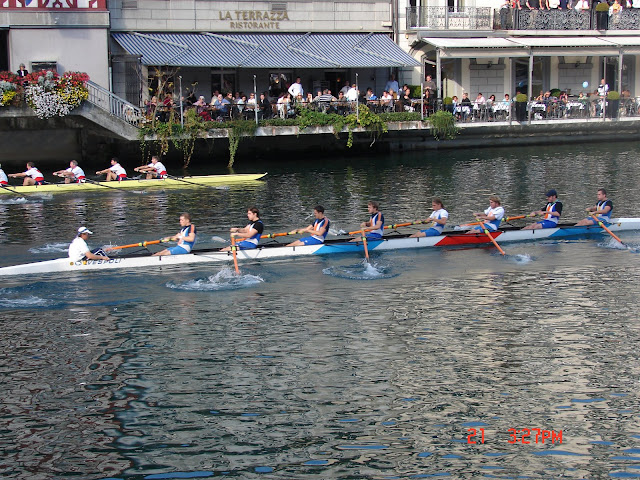 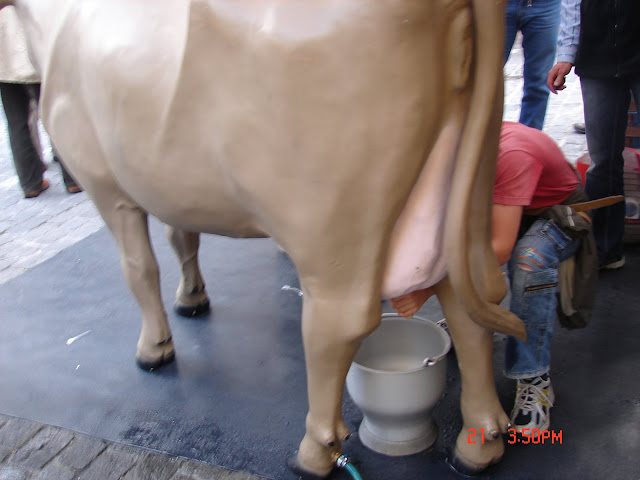 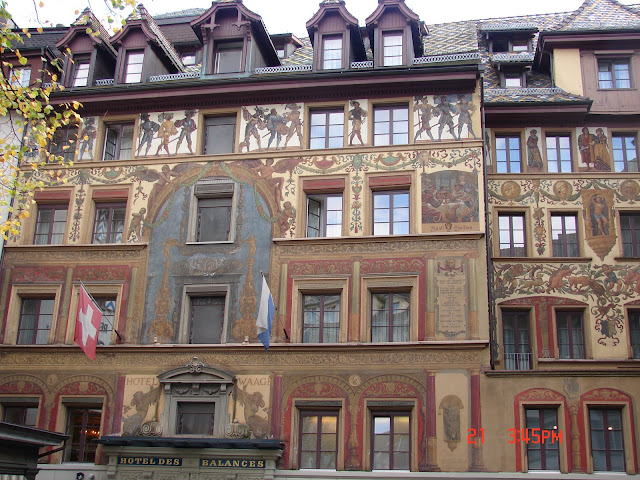 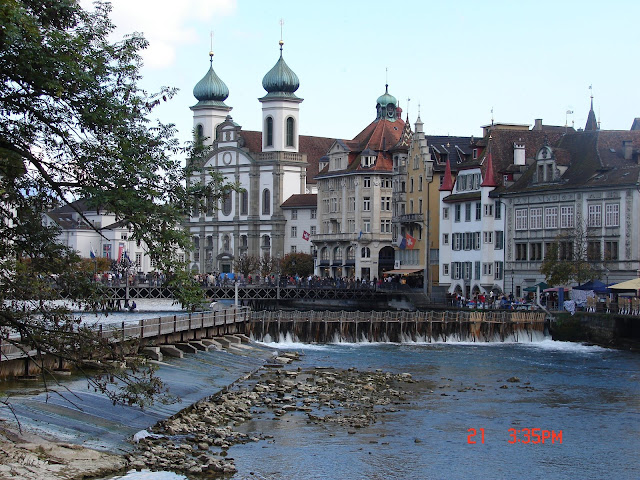 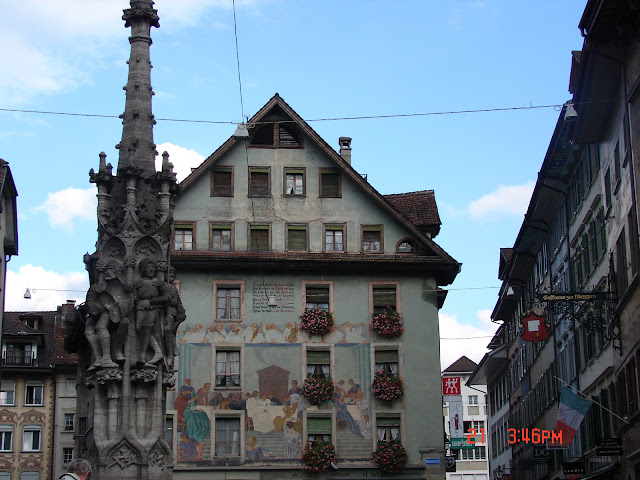 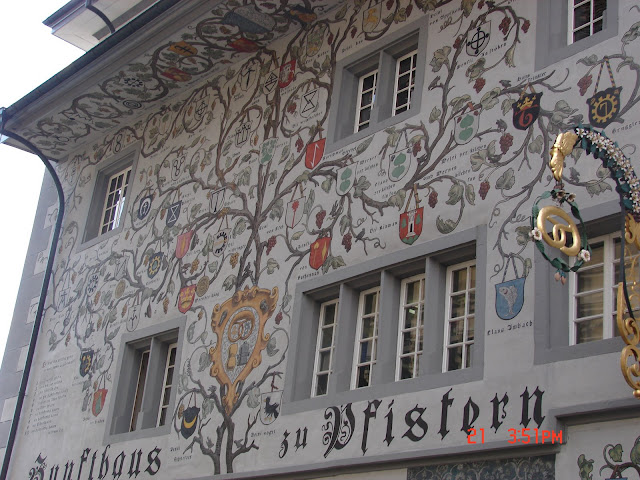 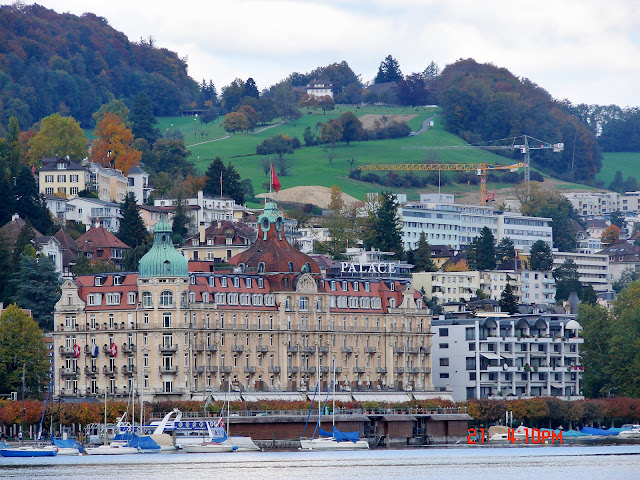 
After lunch I took the train from Bern to Lucerne. It has a beautiful bridge, Kapellbrucke, whose murals lining the ceiling, are nearly identical to those painted in the 14th century. The covered bridge supposedly had over 120 painters at one time painting it in the 17th century. I also got to watch skull {rowing} races in the middle of the city with everyone lining the river and cheering. A Cheese Festival was also going on with a milking contest complete with a fake cow that gave milk. The building decorations were some of the most unusual that I have ever seen.
Email ThisBlogThis!Share to TwitterShare to FacebookShare to Pinterest