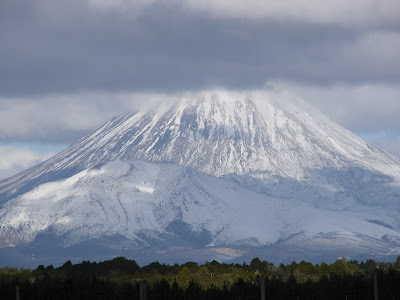 The bus arrived at the hostel at 7:15 am and 2 German girls and I climbed aboard. We stopped at another hostel and picked up 18 more trekkers. We arrived at the start of the Crossing about 8 am. It is a 18 kilometer hike throught the mountains which is about 11 miles. The bus driver said he would pick us up at the other end of the Crossing at 4pm. The weather was overcast and quite windy. I was the 1st one out the bus and on the trail. I did not want to get behind some that looked as though they had no business there. Along the trail I passed a group of 30 teenagers on some kind of field trip. Then all of a sudden, straight up the mountain. It was getting colder and the wind was blowing harder. There was snow all over the ground. At one point, myself and 2 other climbers thought we may be summiting the wrong mountain but realized that we just had hit the hardest part of the climb. The wind at the top of Red Crater would almost blow you down and in fact one girl later said it did. Unfortunately the first 3 hours did not result in very good scenery. After crossing Red Crater though, the wind was not as bad and the sun started shining some. The views got better and I could understand why this is one of the most trekked areas in all New Zealand. I finished the Crossing at 1:45 pm and had to wait for over 2 hrs for the bus. At the end of the trek there were about 100 other people waiting for their buses also. Back to the hostel to rest my now aching muscles. lol 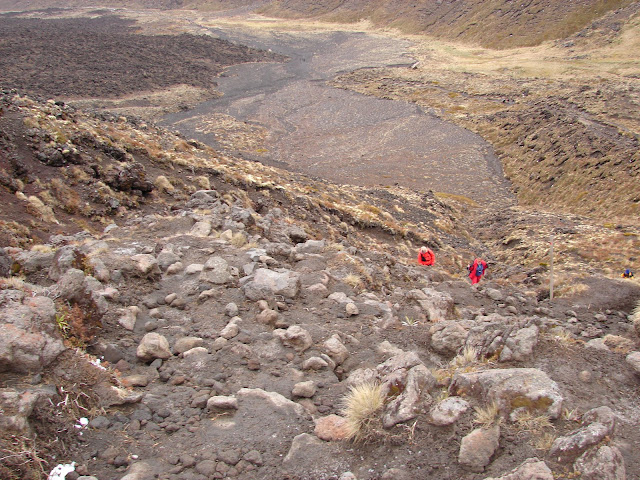 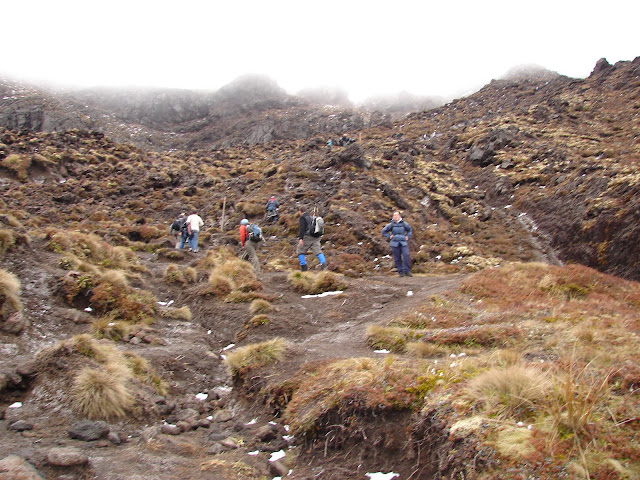 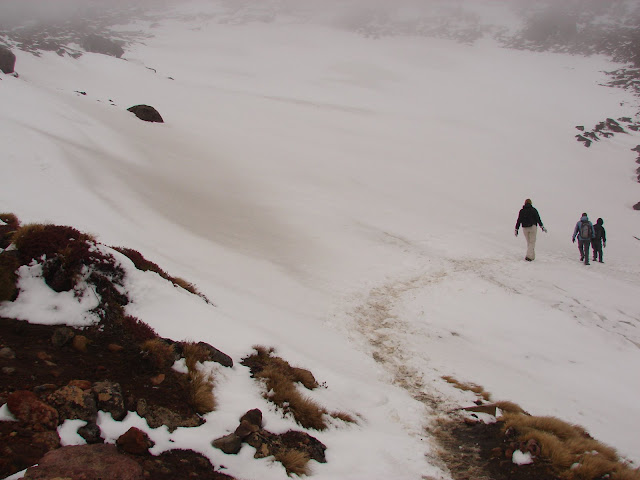 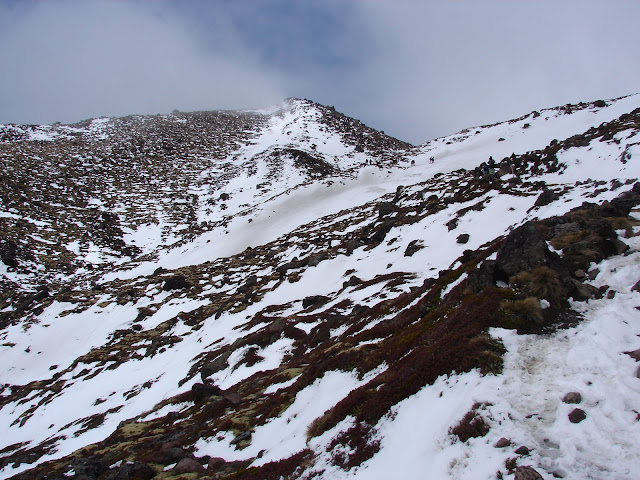 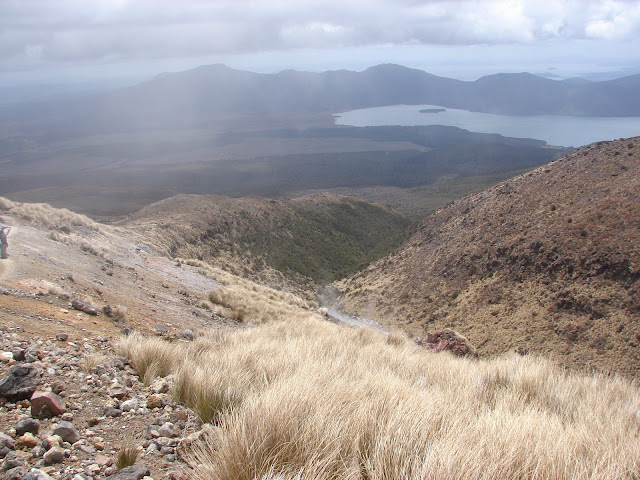