3/5/12
One of best hikes ever. Took Lonely Planets advice and did the hike from Batad to Bataan to catch the bus back to Banaue. Got lost in the beginning because the paths follow the retaining wall stones and it is hard to tell which is the path. After getting lost a few times and stepping INTO a rice paddy and getting one shoe muddy, I found the path. From there it was just 2.5 hrs. of spectacular rice paddies and terraces. When I made it to the road I saw a local bus coming and stopped it. I climbed inside and it was full so I had to stand. The bus takes about 1.5 hours to get to Banaue. After the first stop, I asked if I could climb on top with 5 other locals who were already up there. He said yes reluctantly. With my backpack on top and my feet hanging off the side off we went. I know this road can not be near as dangerous as the "Death Road" but many places we went it seemed almost exactly like it. At some spot there was just only an extra 6-12 inches of road for the wheels to make it and the drop off was at least 1500 ft. down. I was a bit terrified the first few times I looked between my feet and there was no road but a sheer drop off.
Then it became amusing and exciting and I had the best time. My back was turned from the front of the truck most of the time until the first limb almost knocked me off. Good thing I started paying attention because as we got to civilization, we had to duck over 50 electrical lines. Seriously, we had to lay down completely on a few occasions and twice the cable still touched my back. One of my best trips ever. Got back and cleaned up, bought bus ticket to Manila and leave at 7 pm for the 9 hr. ride. 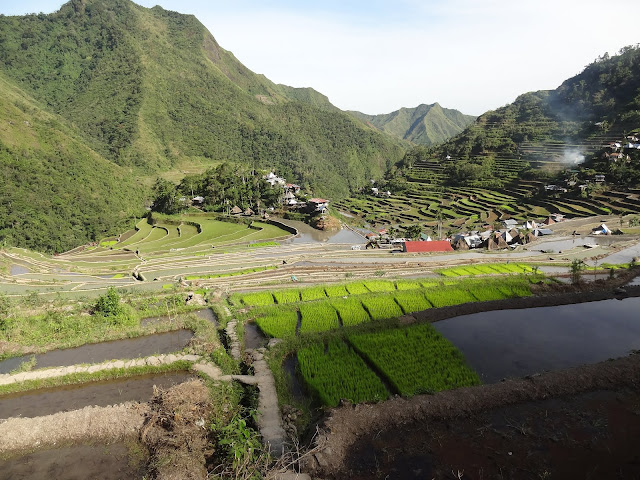 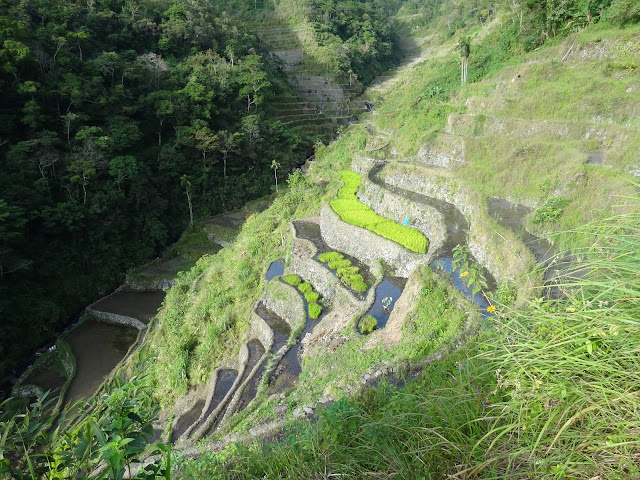 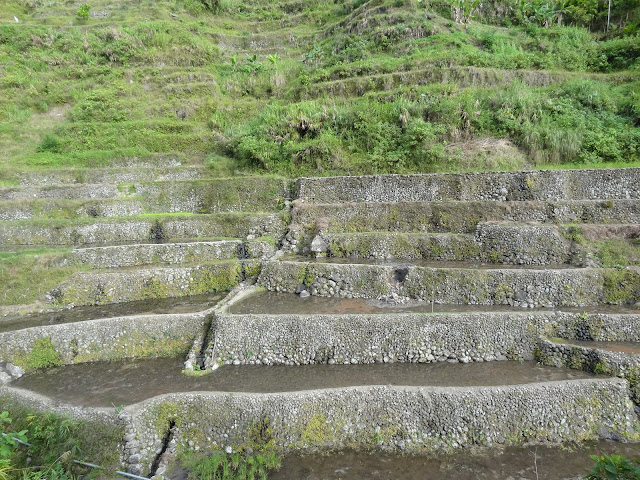 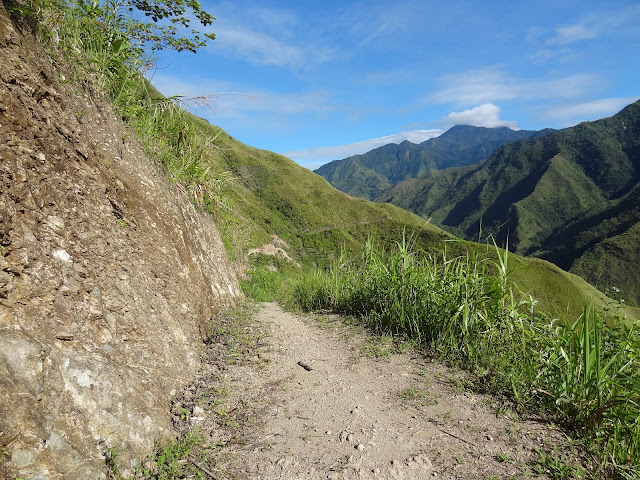 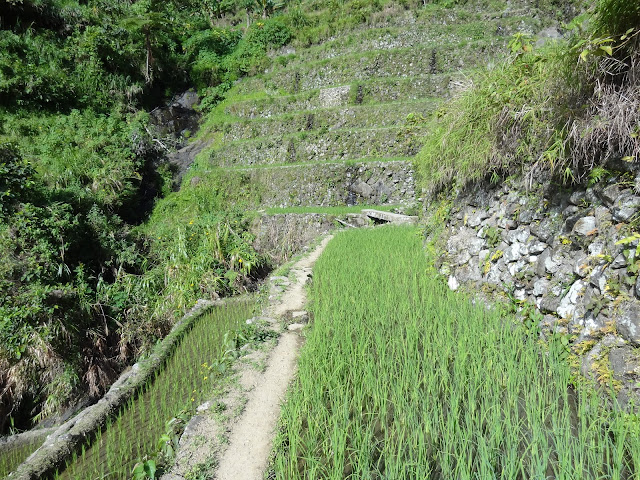 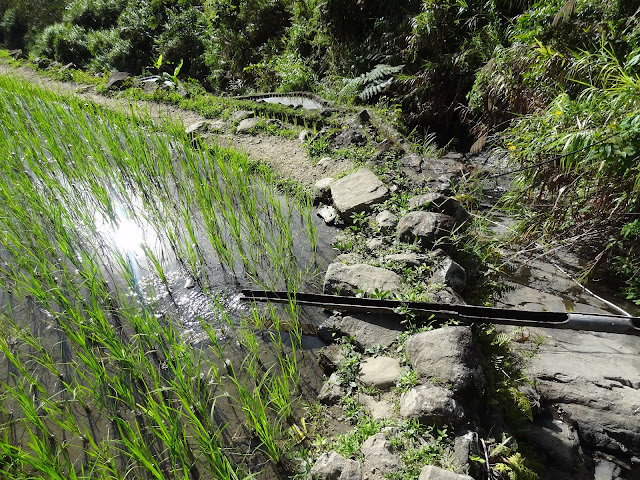 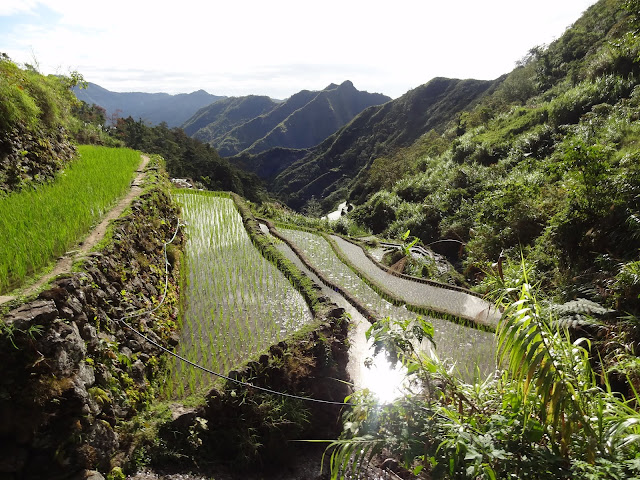 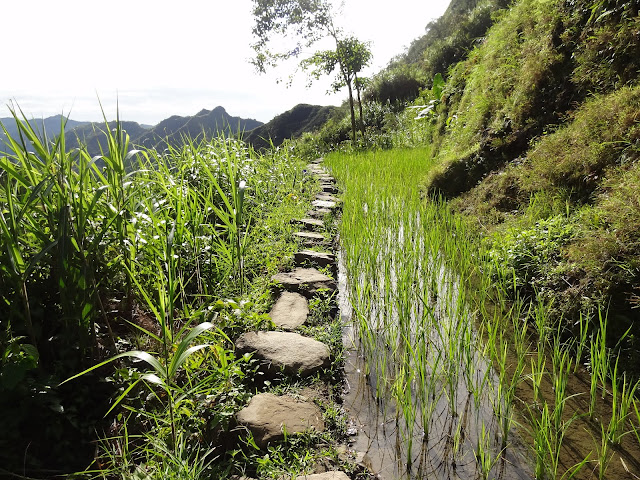 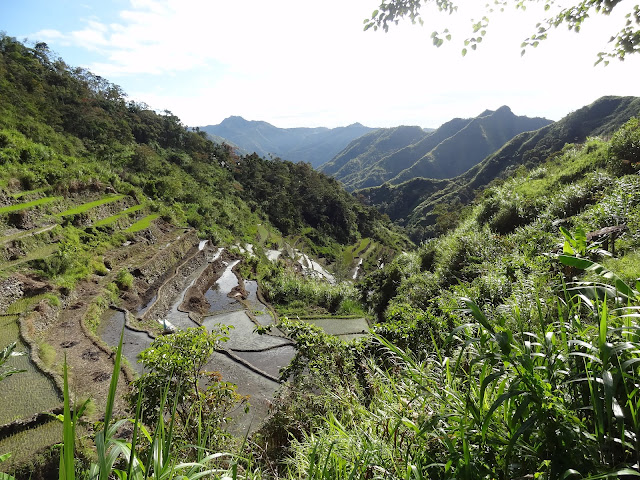 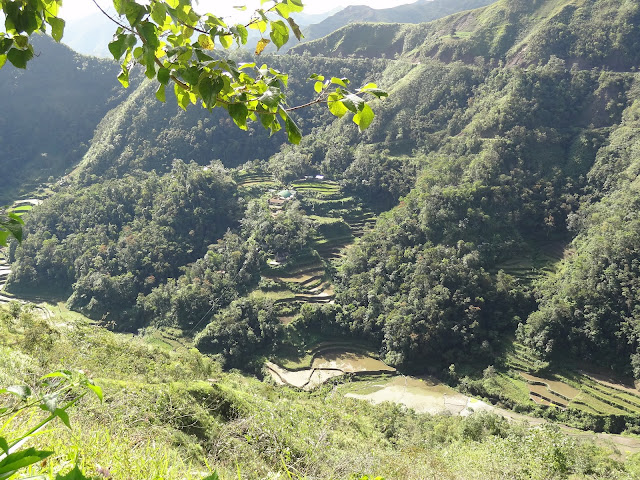 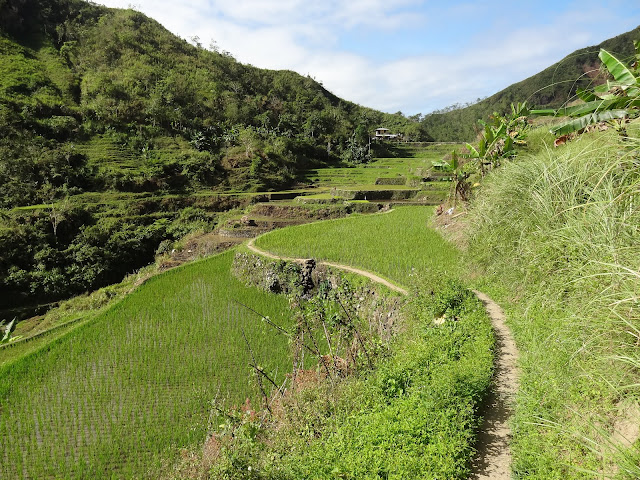 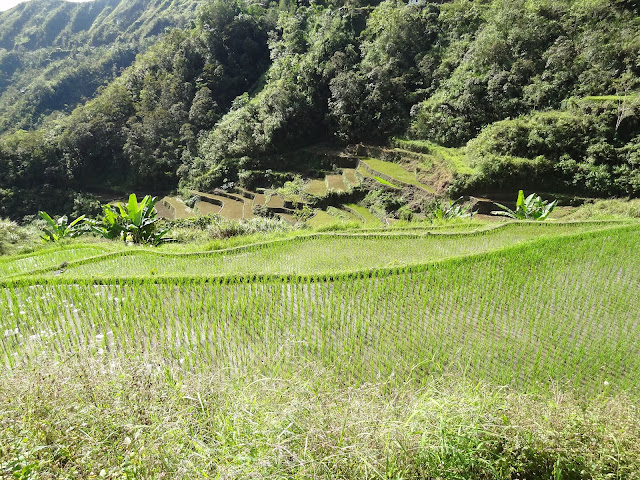 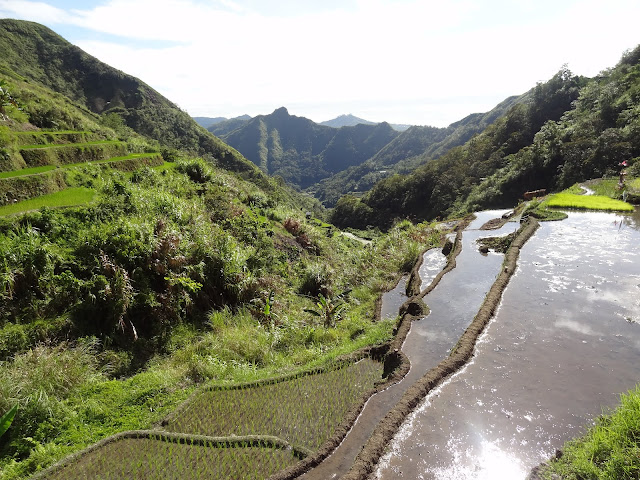 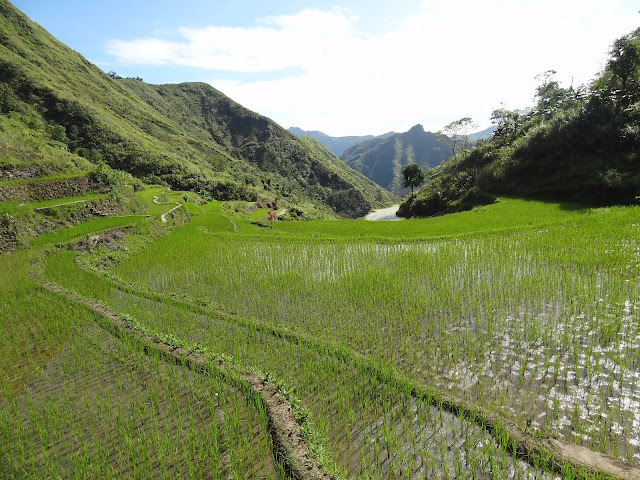 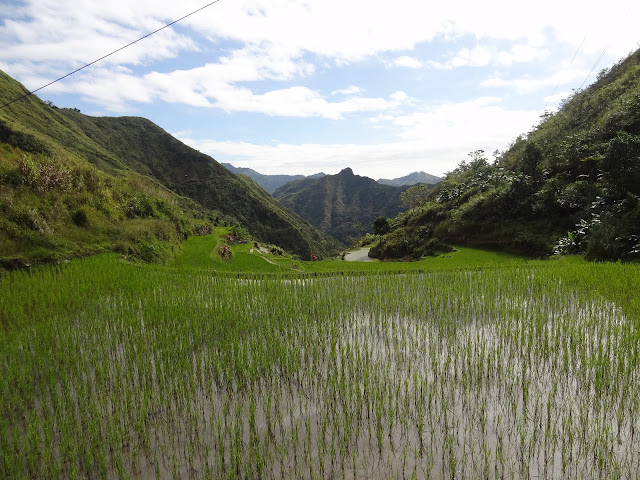 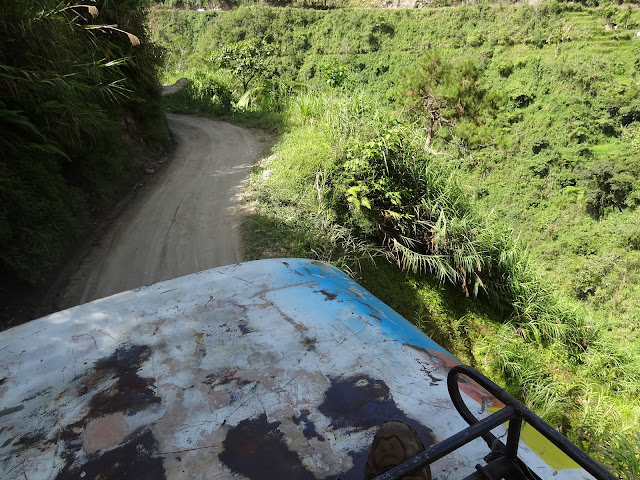 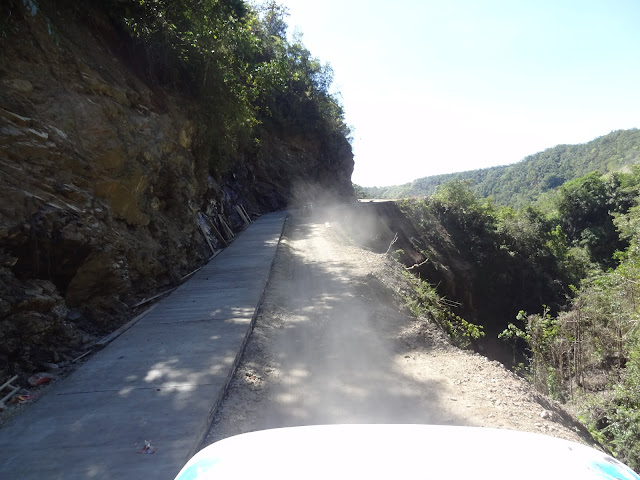 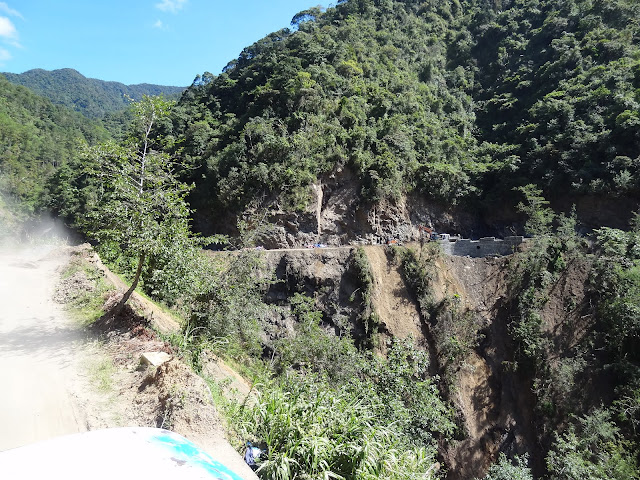 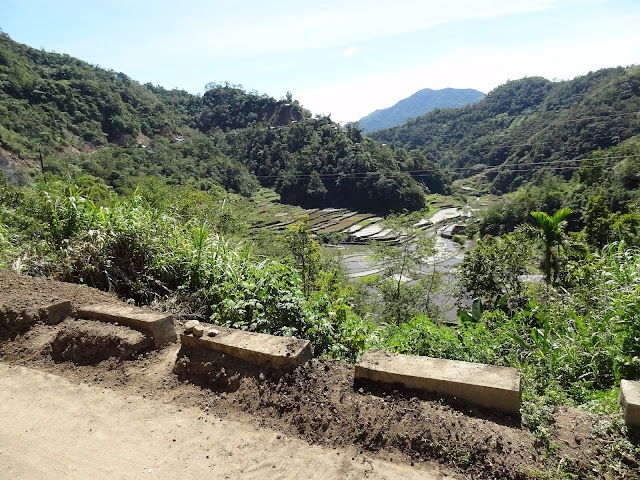 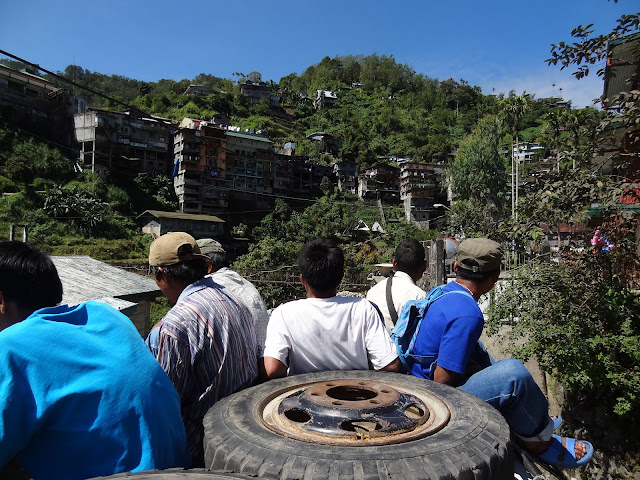