Visited the Palace of Knossos on my LAST day in Crete.
Wikipedia.

Knossos (also Cnossos, both pronounced /(kə)ˈnɒsɒs, -səs/; Greek: Κνωσός, Knōsós [knoˈsos]), is the largest Bronze Age archaeological site on Crete and has been called Europe's oldest city.[3]
Settled as early as the Neolithic period, the name Knossos survives from ancient Greek references to the major city of Crete. The palace of Knossos eventually became the ceremonial and political centre of the Minoan civilization and culture. The palace was abandoned at some unknown time at the end of the Late Bronze Age, c. 1,380–1,100 BC.[4] The reason why is unknown, but one of the many disasters that befell the palace is generally put forward.
In the First Palace Period (around 2,000 BC), the urban area reached a size of as many as 18,000 people.[5] In its peak, the palace and surrounding city boasted a population of 100,000 people shortly after 1,700 BC.[ 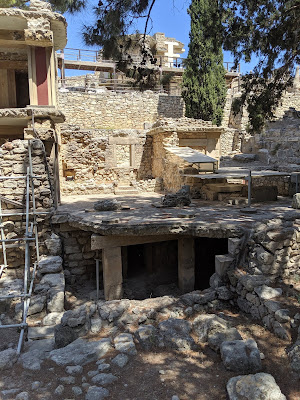 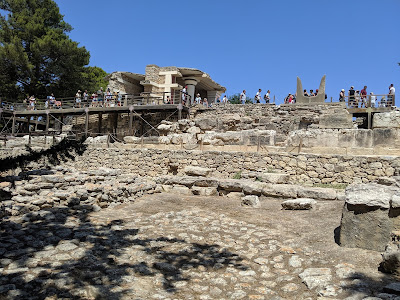 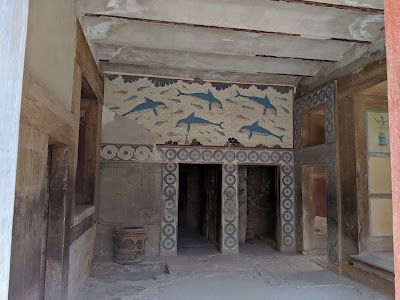 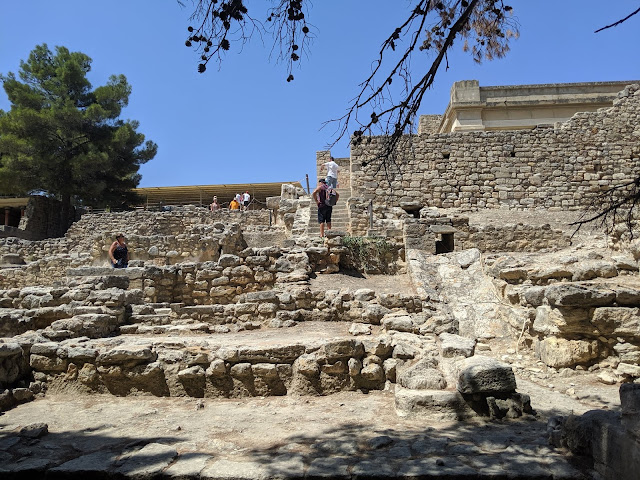 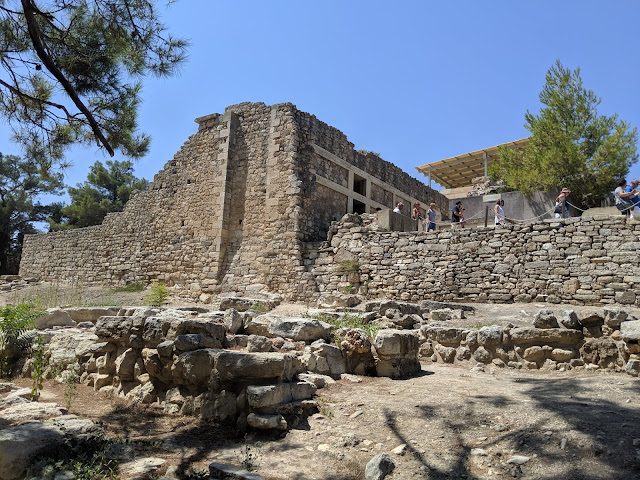 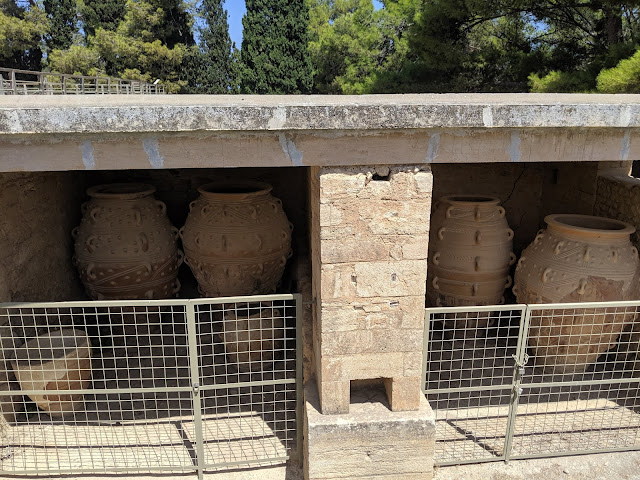 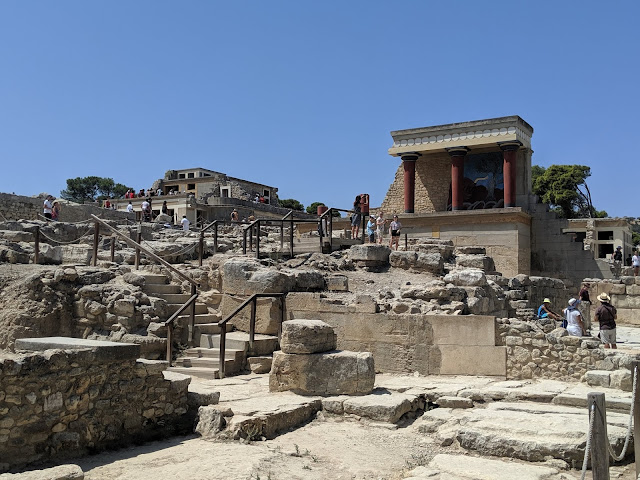 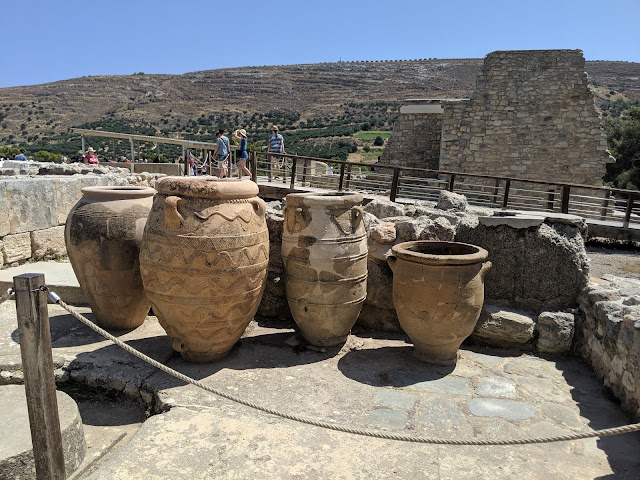 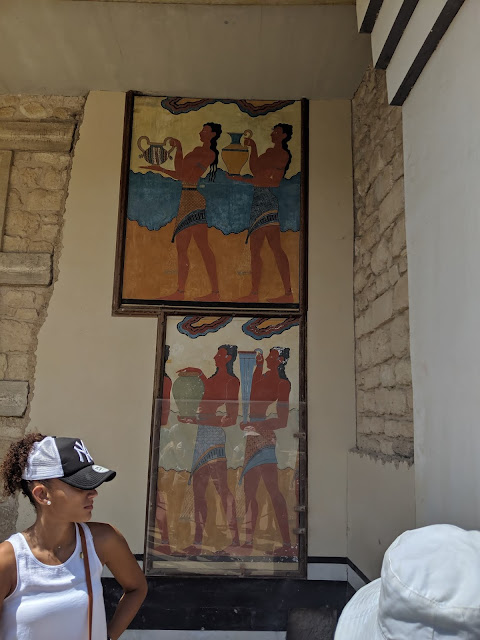 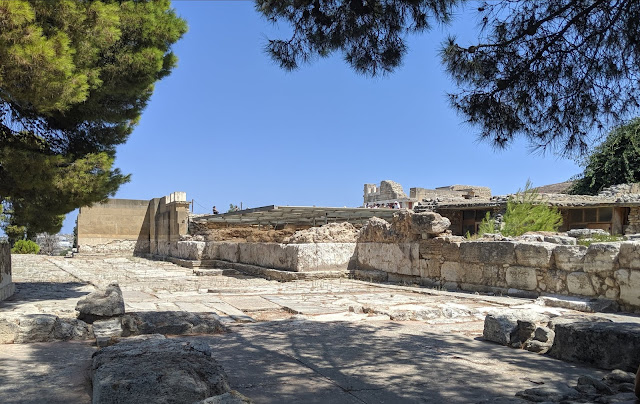