CHINA, Trekking up the Li River 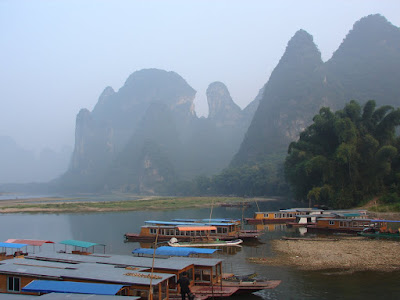 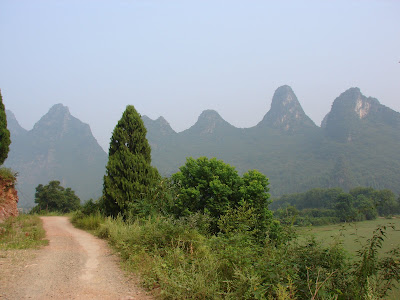 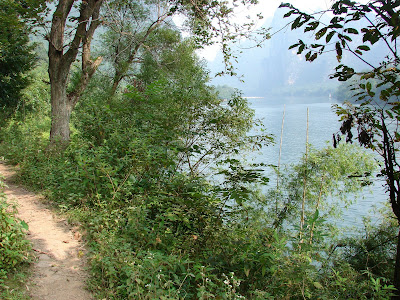 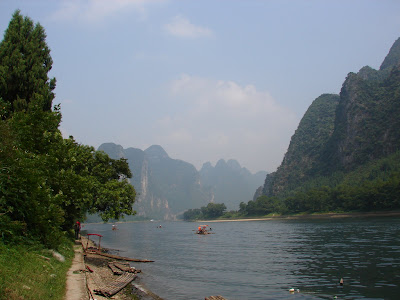 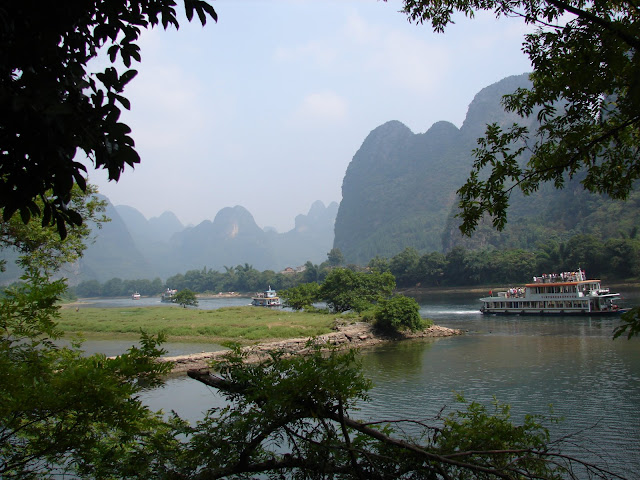 
I finally got back into my element today, trekking. I got up early and caught the 6:30 am bus to begin my trek up the Li River about 45 minutes from Yangshou. The trek to Yangdi is 24 km (15 miles) and ended up taking me about 4 hrs. I only got lost twice. All the signs along the river paths are in Chinese and whenever the paths forked, you didn't know whether the sign said Li River Trek or All Trespassers will be Shot. Mostly just stayed close as possible to the river. With temperatures hitting about 95, this was probably one of my smartest moves but had fun anyway. I took plenty of water and Oreos, my own personal emergency kit.

I was able to witness the large cruise ships which I decided not to take from Guilin to Yangshou. At one point there were 10 ships lined up behind each other cruising down the Li River loaded with passengers. Not my idea of traveling. Maybe others though. I caught the bus back from Yangdi.